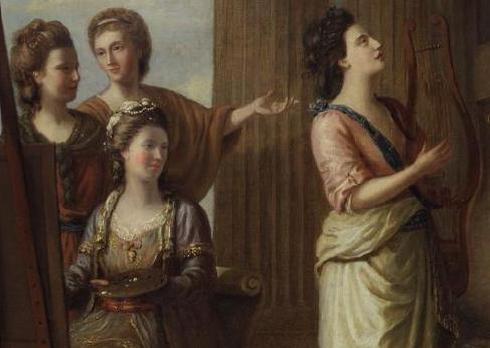 Literary Biography: Anna Laetitia Barbauld (nee Aikin) was a professional writer and a teacher at the Palgrave Academy.  Her poetry, essays, children's literature, and primers had a significant impact on the Romantic movement and pedagogy throughout the 18th and 19th-centuries.  She became unpopular after the 1812 publication of her poem Eighteen Hundred and Eleven, which was critical of Britain's involvement in the Napoleonic Wars.  It was reviewed so harshly that Barbauld decided not to publish anything new for the remainder of her life.

Important Children's Literature: wrote the serial reading primer Lessons for Children, published between 1778 and 1779 in four volumes.  Also composed Hymns in Prose for Childrenin 1781, and collaborated with her brother, John Aikin, on Evenings at Home., published in six volumes from 1792-1796.

Impact on Children's Literature: Barbauld insisted that her books have wide margins and large print in order to be more accessible to children.  She also popularized the literary use of informal dialogue between a parent and child that became a common style for many years.  Her writings, particularly Lessons for Children, directly influenced Willian Blake, Sarah Trimmer, Maria Edgeworth, and Thomas Day, among others.  Lessons for Children is also notable for being one of the earliest graduated readers, becoming more challenging as the reader progresses.