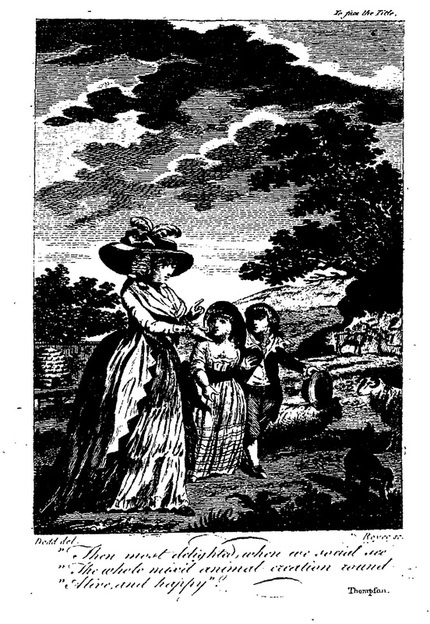 Literary Biography:  inspired by Barbauld's Lessons for Children, Fenn wrote several children's books for her nieces and nephews.  She eventually began publishing them through John Marshall under the pseudonyms Mrs. Teachwell and Mrs. Lovechild.  After 1795 she had most of her works published by John Newbery's family, who had taken over the business after his death.  In addition to her literary contributions, Fenn was a dedicated philanthropist and founded a Sunday school in Dereham in 1785.

Important Children's Literature: wrote a large number of children's books, many designed especially for young girls.  Her Child's Grammar (1798) went through sixty editions in roughly as many years, and Cobwebs to Catch Flies (1783) was an important reading primer used until the late 19th-century.  Fenn also published a great deal of what would now be considered picture books.

Impact on Children's Literature: Fenn is notable for being one of the first authors to differentiate between reading ages, and her Cobwebs to Catch Flies becomes more challenging as the reader progresses.  She also designed toys and games that promoted educational, interactive, child-centered play between mothers and their children.