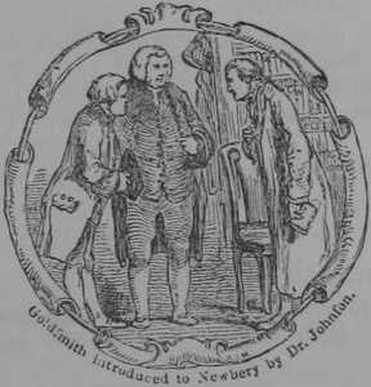 Literary Biography: the first author and publisher to specialize in children's literature and to make it sustainably profitable, John Newbery is also notable for his marketing innovations.  By using bright floral binding paper, advertising his other selections within each work, and including toys or games with his books, Newbery successfully promoted his products and intentionally catered to children's tastes.

Important Children's Literature: His two most influential publications were A Little Pretty Pocket-Book (1744), which is often called the first children's book, and The History of Little Goody Two-Shoes (1765), a variation on Cinderella.

Impact on Children's Literature: Newbery essentially established the market for children's literature for later publishers (such as John Marshall), and helped popularize using entertainment and toys to promote reading.  His works frequently featured an idealized system of meritocracy that promoted industriousness, which could be considered a forerunner to the much later works of Horatio Alger.