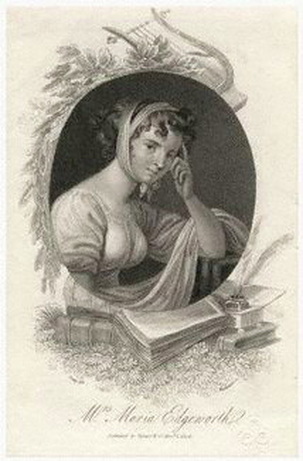 Literary Biography: Edgeworth was the second of twenty-two children by Richard Lovell Edgeworth (in four marriages), and as the manager of his estate she gained a great deal of experience dealing with children.  Because her father was a well-known author, he encouraged her writing but also edited each of her works before giving his approval (except for Castle Rackrent (1800), which Edgeworth submitted anonymously, and which became a great success).  She went on to write several well-received novels, and had an influential friendship with Sir Walter Scott.

Impact on Children's Literature: wrote a collection of stories, The Parent's Assistant, in 1796, and various other early readers and novels in the early 19th-century.  In addition to her various children's books, Edgeworth co-authored the educational treatise Practical Education (1798) with her father, Richard Lovell Edgeworth.